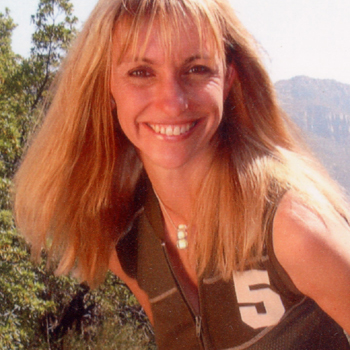 Michaela started presenting on the award winning children's Saturday morning programme 'The Wide Awake Club'. This launched a very successful career for her as a children's presenter which continued for 20 years and earned her a BAFTA for 'Best Children's Presenter'. She fronted many children's shows including 'Wacaday' with Timmy Mallett, 'Hey Hey It's Saturday', 'WAC 90', 'WAC Extra' and 'Michaela' all for TVam. She also fronted 'Cool Cube', 'But Can You do It On TV', 'Beetle Drive', 'Electric String Vest', 'Ratkan 2', 'Michaela's Map', 'Summer Crunch', 'Dineytime' and 'Can You Keep A Secret'.

Michaela also branched into music programmes and older viewers will remember her for her four years as 'Her' on the cult late night music programme with Pete Waterman 'The Hitman And Her'. She also released two rather averagely successful records in the 80s!

Since 1990 Michaela has become more familiar to audiences for presenting wildlife programmes. These began as children's programmes, 'OWL TV' for ITV and the award winning 'Really Wild Show' for the BBC which she presented for 15 years. Michaela also fronted many award winning 'Really wild Show' specials including one on the Chinese Bear Bile industry, The state of the South China Sea and Tiger conservation. She also presented her own show for Ch.5 'Michaela's Wild Challenge' which won 2 BAFTAS. Other programmes include 'The Really Wild Guide To Britain' and 'The Fossil Roadshow'.

Michaela then moved into presenting adult wildlife programmes including 'Wildlife Rescue' for Anglia TV, 'Postcards from The Wild', 'Big 5 Little 5' and 'Adopt A Wild Animal' for Animal Planet, 'Animal Zone', 'The Wildscreen Awards', 'Shark Encounters' and the award winning documentary 'Orangutan Rescue' all for the BBC . She has recently filmed 'Orangutan Diaries' and the 2nd series of 'Elephant Diaries', still to be aired, both for the BBC and Animal Planet.

Michaela is also a regular contributor to the long running BBC1 'Countryfile' series about farming and the environment, presenting alongside John Craven.

Michaela's background was in the theatre and she regularly returns to the stage,  playing roles like 'Peter Pan' and has appeared in a couple of Royal Variety Shows.

Most recently Michaela has co-hosted the BBC's popular Springwatch, Autumnwatch and Winterwatch programmes with Chris Packham.