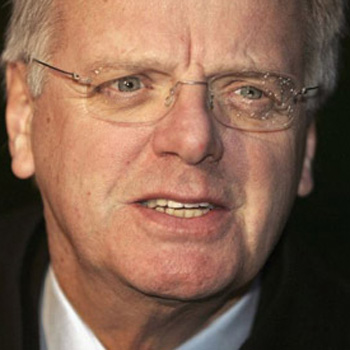 An engaging motivational business keynote speaker focusing on sales, marketing, leadership, strategy and business change, Michael Grade was educated at Stowe and St Dunstan's College.
He was a sports columnist on the Daily Mirror from 1960-66, then spent the next seven years as joint Managing Director of London Management (Talent Agency).
In 1973 he became Head of Entertainment and Director of Programmes at London Weekend Television, a position he held until 1981, when he moved to the United States to become President of Embassy Television.
He joined the BBC as Controller, BBC One in September 1984, and in conjunction with these duties he became Director of Programmes, Television, in June 1986,  Managing Director Designate in 1987 and BBC Chairman in 2004.
In January 1988 Michael Grade took up the post of Chief Executive at Channel 4 Television.
In March 1995 he was appointed Non-Executive Chairman of First Leisure Corporation plc. At the end of January 1997, his appointment as Executive Chairman of First Leisure was confirmed and he took up his position on 2 June 1997. In October 1998 on the appointment of a Non-Executive Chairman, he became Chief Executive and oversaw the restructuring of the Company.
Since leaving First Leisure, Michael Grade has become Chairman of the Octopus Publishing Group, as well as Chairman of Pinewood Studios Ltd. At the end of January 2000, he joined the Board of the Camelot Group, which currently operates the National Lottery licence as well as Ocado. In March 2000 he was made Chairman of Hemscott.NET, a leading supplier of business and investment information over the Internet. He has also become a Non-Executive Director of digitaloctopus.
In 1997 he was appointed Chairman of the Royal National Theatre Development Council and also became a Director of The New Millennium Experience Company. He is a member of the Council of the Royal Albert Hall. In April 2000 he became Chairman of Index on Censorship.
Michael Grade was awarded a CBE in the 1998 New Year's Honours.
He stepped down from ITV at the end of 2009, and from Ocado in 2013.
Read More