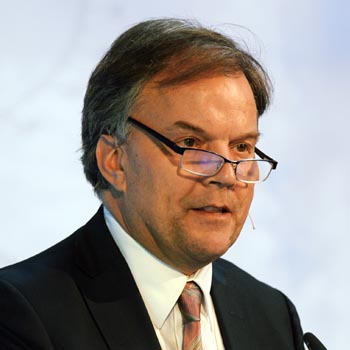 Matt Frei leads ITN's Channel 4 coverage of the Americas on everything from business and culture to US foreign policy and its view of the world. He is also part of the presenting team across Channel 4's news and current affairs portfolio, including the award-winning Dispatches programme.

Before arriving in Washington in 2003, Matt was the BBC's Asia Correspondent based in Singapore and Hong Kong, taking up his post just before the handover to China.

Matt is no stranger to dramatic events. He arrived in Germany as Bonn Correspondent on the day the Berlin Wall fell in November 1989. Earlier that year he reported on the Intifada as the stringer in Jerusalem, and subsequently the Gulf War as the London Foreign Affairs Correspondent. Between 1992 and 1996 he was South European Correspondent in Rome from where he covered events in Bosnia, North Africa and closer to base, the Mafia. His book, Italy: The Unfinished Revolution was published in 1995.

Matt won the coveted Bayeux award for War Correspondents (2000) for his coverage of the conflict in Indonesia. He's also been honoured with a BAFTA, a Royal Television Society International News Award (2000) and has won the Amnesty International Asia Award in both 1997 and 1998 for Newsnight features on Vietnam and Indonesia.

Matt graduated from Oxford University in 1986 with a degree in History and Spanish, and joined the BBC in 1986. His first job was in the German section of BBC World Service (he is a German native) before he moved to English language Current Affairs from 1987 to 1988.
"The involvement of Matt Frei was great. He did a great job leading the round table discussion." Global Maritime Environmental Congress, Hamburg - September 2014