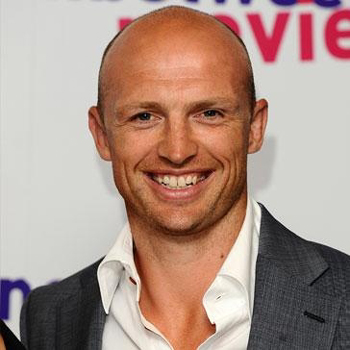 Matt Dawson has recently signed up as a regular contributor to BT Sport .

He was part of the England squad that took the country to victory in the 2003 World Cup, Matt is an institution in the world of rugby. He is immediately recognisable as team captain on BBC's 'A Question of Sport' as well as a rugby commentator for the BBC and Radio 5 live.

With 77 caps under his belt, he is England's most capped scrum half, captaining the side 9 times. He has played for both Northampton and the London Wasps as well as England and represented the British Lions on two tours. During the 1998 tour to Australia and New Zealand 'The Tour from Hell', Matt was congratulated on his leadership. He also captained England to win the Six Nations Championships in 2000.
Regarded as one of the more outspoken players Matt is a media favourite as a rugby analyst and journalist. His team captaincy on 'A Question of Sport' elevated him from a well known rugby player to a national TV personality.
A big sports fan, Matt can often be seen playing for the Bunbury Cricket team or out on a golf course.
His motivational speaking incorporates the lessons he has learned from rugby that can be applied to most sports and the individual qualities needed to succeed in both professional and personal life. From sales conferences to team building exercises, change management and after dinner speaking, Matt has the anecdotes and experience to excel in them all.

"Matt Dawson was fantastic at our Dinner the week before last, he was very accommodating with regards to the number of photos that were requested and was very entertaining"