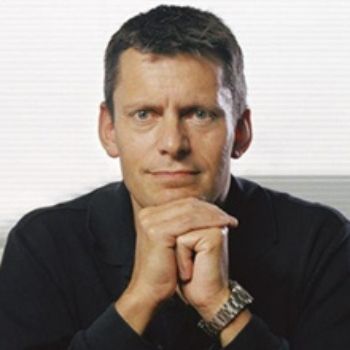 Martin Glenn is the former CEO of the Football Association, a role he took up in 2015 after over 30 years in Fast Moving Consumer Goods.

He began his career in marketing and is one of the few CEOs who made it to General Management via the Marketing route. Martin believes that more CEOs should have had marketing experience and he used his former role of President of the Marketing Society to advocate this cause.

Previously he was President of PepsiCo UK, one of the UK's leading soft drinks and snack food manufacturers, where he is acclaimed for creating a new uplifting corporate image for the company. Martin was President of Walkers Snack Foods, whom he joined in 1992, working his way up from Director of New Product Development, Vice-President of Marketing to become Walkers President in 1998, and PepsiCo UK President in 2003.

He has worked both in the UK and continental Europe for large multi-national businesses and has experience of both the corporate world and that of Private Equity owned concerns.

Martin is also an active member of the 'Business in the Community' charity serving 'Leicester Cares' - a volunteering promotion organisation, and 'The National Cause Related Marketing Campaign Committee'. Martin was awarded the Prince of Wales Ambassador Award in recognition of his work in this area.

As a keynote speaker, Martin’s speaking topics include: