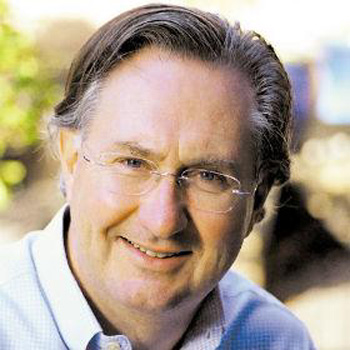 During a thirty year career Martin has worked in many top international advertising agencies including the DMB&B, Grey and Saatchi networks. He started his career working for clients as diverse as Nestle, News International and Playtex but within a few years became one of London's youngest advertising agency owners by launching his own company.

Through almost twenty mergers and acquisitions Martin eventually built his business into one of the largest privately owned advertising & marketing networks in the UK. He has now sold his company but throughout an entrepreneurial career gained a reputation as a retail specialist having worked in every market sector. From fashion to fragrance and from finance to food, his company boasted many high profile clients including Harrods, Burberry, Swarovski and Habitat. His network advised countless major brands on retail positioning including Barclays, Mitsubishi and the Royal Mail. Martin also worked with a host of international brands advising on strategic development including, Giorgio Beverly Hills, Austin Reed, Global Refund and Dunkin' Donuts.

Born into retailing, Martin is a true hybrid. Part retailer, part marketer, he has used this unique combination to inform his clients and share his views in articles and editorials. Martin now spends the majority of his time travelling the world researching and writing on retail, speaking at conferences, business schools and running marketing workshops. In 2005 he wrote the internationally acclaimed book on best practice retail branding 'People don't buy what you sell, they buy what you stand for' and often uses this provocative assertion as the basis for his challenging and interactive sessions.

Sponsored by the World Retail Congress, Martin's second book, 'The Art of Being Chosen' benchmarks and celebrates worldwide best practice retail with findings being drawn from every continent. This robust, two year research programme involved interviewing 100 of the world's leading retail CEOs and from this, Martin identified the 'six secrets to retail success'.

In 2008, Martin was invited to become a member of the expert judging panel at the World Retail Congress, an honour he was delighted to accept.