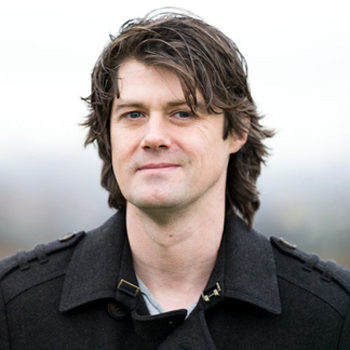 A man of many talents, Mark is a best-selling author, businessman, public speaker and futurologist. His first book, An Optimist's Tour of the Future was released in the United Kingdom in January 2011 and in the US in February 2011 and has been translated into 10 languages. Mark has also written for a number of press publications including The Times, The Wall Street Journal, The Guardian, Intelligent Life, The Irish Times, The Irish Independent, The Daily Telegraph, and The New Statesman.
Following the success of his book, Mark is in high demand as a consultant and speaker on issues related to cultural change and technology trends. In addition to his role as one of the co-founders of the consultancy We Do Things Differently he also runs The League of Pragmatic Optimists (aka LOPO), which has chapters in the UK, Spain, New Zealand and Finland.
Mark's ability to take complex or abstract concepts and make them understandable is one of his key skills. He sits on a number of boards including Sir Richard Branson's Virgin Earth Challenge, Trillion Fund, Mass Challenge UK and Pearson College. Additionally he sits on the Fuels and Transport Steering committee at the Institution of Mechanical Engineer.
Mark is regularly asked to talk to both private and public audiences on matters of future narratives, institutional innovation, complexity, belief systems and learning. Engagements include The Economist, The US National Space Symposium, IBM, Google, Michigan School of Art and Design and Oxford University. He also speaks regularly at schools as well as the occasional rock festival.
Mark spent a year as a stand-up comedian and is an occasional comedy writer, this work and experience gives him the necessary skills to put a wide range of audiences and viewers at ease.
Read More