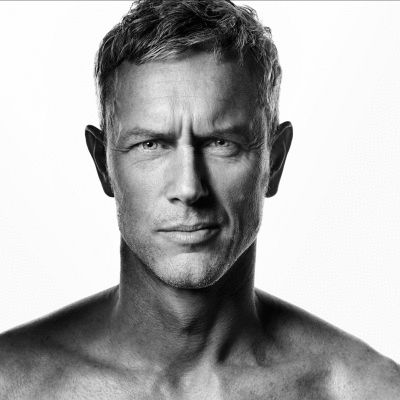 Since he burst onto the International swimming scene at the age of 16, representing England at the 1986 Commonwealth Games, Mark has represented his country and been decorated more than any other male swimmer.

He has competed in five Olympics, been eight times Commonwealth champion, 10 times European champion and eight times World record holder. He was also chosen as the flag bearer to lead out Team GB at the opening ceremony of the Beijing Olympics.

Mark's 'Reach for the Stars' motivational presentation and after dinner speech highlights how his father's fear of water pushed Mark to learn to swim; how he almost spent his career filing in a council office and the truth behind that string top on 'Strictly Come Dancing'.

Since retiring from professional sport, Mark has become a familiar face on television, including appearances on ITV1's 'Beat the Stars',  Five's 'Superstars' and most famously hitting the dance floor in 'Strictly Come Dancing' on BBC1. He has just launched 'Dancing on Wheels' for BBC 3.

He  regularly works as a model for campaigns for La Redoute and Braun and is also the face (and body!) of M&S's 2010 campaign for Prostate Cancer.

He is passionate about inspiring people, especially children, to be active and has worked with British Gas on their 'Pools for Schools' campaign.

Mark's easy, open and humorous approach mean that he is equally at ease speaking at daytime conferences or evening events.
In addition to his 'Reach for the Stars' motivational speech, Mark has recently teamed up with former Strictly Come Dancing star, Camilla Dallerup to offer a company team building 'Dance with a Difference' event.
SportBusiness Group has worked with a number of high profile athletes in a professional speaking capacity and would consider Mark one of the best."  Conference & Event Manager, SportBusiness Group
Thank you for the motivational session you held with us last week. The team really enjoyed the session and the motivation vibe was great, the feedback has been tremendous, your approach hit the spot!   Lloyds Private Banking Wealth and International, May 2010
Mark spoke at our annual conference in 2009 and was a huge hit. He managed to combine inspirational messages with funny moments from Strictly who could forget THAT string top and great interaction with the audience.   Education and Special Projects Ltd
Read More