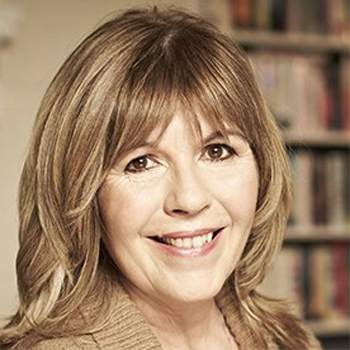 Maggie Philbin has worked in radio and television for over 30 years on a wide range of science, medical and technology programmes. She is President of the Institute of Engineering Designers and co-founder and CEO of TeenTech CIC, an award winning organisation helping young people, their parents and teachers understand more about the real opportunities in Science, Technology and Engineering

In January 2017 Maggie was awarded an OBE for her services to the Science, Technology and Creative Industries. In 2016 Maggie was named as the Most Influential Woman in UKIT by Computer Weekly Magazine and was also named as 2016 Digital Leader of the Year for her work with TeenTech.

Maggie is a popular conference host and keynote speaker on diversity and technology working with a broad range of organisations from the IET, to Lloyds Bank to the IPA. She provides practical advice on how businesses can harness modern technology not only to improve their profits but to develop their trust and credibility.

Maggie has a unique resonance with audiences, having grown up with them on much loved shows like Swap Shop and Tomorrow’s World. Many of the everyday gadgets we now take for granted were demonstrated on live television for the very first time by Maggie – the first truly mobile phone, the first car navigation system, the first fax machine, even the first supermarket barcode reader.

Additionally, Maggie’s extensive radio and television career has also included working with ITV, Channel 4 and Channel 5. She has covered stories all over the world, from earthquake prediction systems in Iceland, to wave power technology in Norway, to possibly the most dangerous system for rescuing people from ski cable cars in Switzerland.

In 2007 she and the BBC Radio Berkshire news team beat the Today Programme winning Silver at the Sony Awards for the quality of their news coverage. In 2010, the Breakfast show was again been nominated for a Sony.

She is keen to help improve the visibility of successful scientists and engineers, both to encourage young people and women to pursue careers and reach top positions in these areas. In November 2008, she pioneered TeenTech collaborating with business, education and professional organisations to create a lively interactive one day event which brought 400 young teenagers, scientists and technology companies together. The event now runs in twelve locations across the UK and has a supporting Awards scheme.

Maggie sits on the panel of the New Engineering Foundation which supports the development of Vocational Education and helps lecturers in FE get cutting edge career development in industry. She is also patron of the Daphne Jackson Trust which helps scientists, engineers and technologists return to their careers.

Maggie is a popular keynote speaker in areas across the board from education to business, which her 8 years of working with schools, business leaders and politicians have given her an up to the minute take on what they should be planning. Maggie provides practical advice on how businesses can harness modern technology not only to improve their profits but also to develop their trust and credibility.