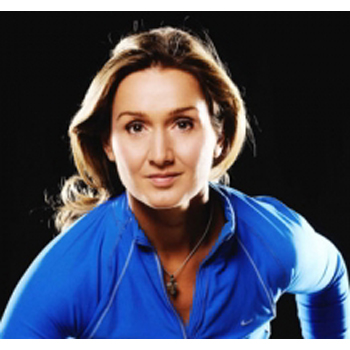 Lowri Morgan has raced in some of the most extreme races in the world and has many exciting tales of determination, endurance, cold and heat, ups and downs! Her adventures are all the more poignant as when she was younger an accident meant she spent time in a wheelchair, and was told she would never run again.

In spite of this diagnosis Lowri refused to give up and is now running and walking in some of the harshest environments in the world. Her achievements include:

- Completing the world-famous 350 mile non-stop footrace called the 6633 Ultra in the Arctic. Walking alone, pulling her
equipment on a sled, Lowri survived temperatures of minus 72 celsius, 70mph winds and fractured feet to be the only finisher of the race in 2012.

- Finishing in the top 10 of the Jungle Ultra Marathon in the Amazon forest.

- Racing in the notoriously difficult Three Peaks Yacht Race, where her team became the first all-female team in the history of the race to not only complete, but also take line honours.

- In 2016 Lowri became the first person to run from North to South Wales via the country's highest peaks and mountains in 60 hours.

Lowri has also taken on other adventures including sky-diving from planes, skiing some of the toughest mountains and scuba-diving in dangerous waters.

She is one of only 80 in the world to have dived to see the wreck of the Titanic.