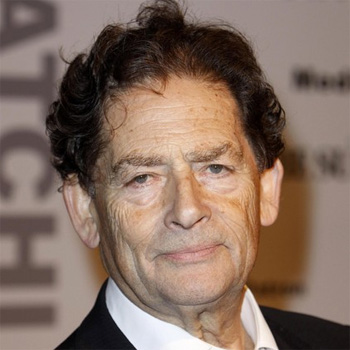 Former Chancellor of the Exchequer Nigel Lawson is an internationally esteemed and highly experienced authority on all aspects of economic policy. Lord Lawson is the founding chairman of the think-tank, the Global Warming Policy Foundation. He is currently Chairman of Oxford Investment Partners, majority owned by a number of leading Oxford Colleges and Chairman of Central Europe Trust, an advisory and private equity firm focused on Central and Eastern Europe.
Nigel Lawson, Lord Lawson of Blaby, after a number of years in journalism, including as editor of The Spectator from 1966-1970, became a Conservative MP in 1974. He served in the Thatcher government from 1979 to 1989 as Financial Secretary to the Treasury, Secretary of State for Energy, and, from 1983, as Chancellor of the Exchequer (Finance Minister), in which capacity he introduced a thoroughgoing programme of tax reform and master-minded the Thatcher government's pioneering privatisation programme. He entered the House of Lords in 1992.
Strategic decision makers in all fields will benefit from his knowledge of the global economy and the economic impact of climate change and climate change policies.
An informative and to the point speaker, Lord Lawson educates as well as entertains with his astute insights into the world of economics and politics. In light of his expertise, Lord Lawson is in demand world wide as a keynote speaker and panel member at prestigious conferences and economic summits.
Read More