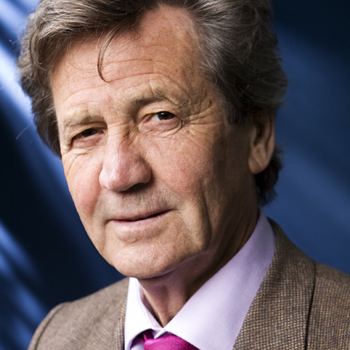 Bragg was born in Carlisle, the son of Mary Ethel (Park), a tailoress, and Stanley Bragg, a stock keeper turned machinist. He attended the Nelson Thomlinson School in Wigton and then read Modern History at Wadham College, Oxford in the late 1950s. Bragg says that he has suffered two nervous breakdowns in his life, one in his teens, and another in his 30s.

Bragg married his first wife, Lisa Roche, when he was 21, and they had one child.  He did not know that she had a history of suicide attempts; 10 years later, she killed herself . "I could have done things which helped and I did things which harmed," he told the Guardian in 1998. "So yes, I feel guilt, I feel remorse."

Bragg's second wife, Catherine (Cate) Haste, whom he married in 1973 is also a writer, having, among other things, edited the 2007 memoir of Clarissa Eden, widow of Sir Anthony Eden, and collaborated with Cherie Booth, wife of Tony Blair, in a 2004 book about the wives of British Prime Ministers.

Bragg is a friend of Tony Blair, the former Labour Prime Minister.

He started his career in 1961 as a general trainee at the BBC and in his role as writer and broadcaster in 1967, spending his first two years in radio at the BBC World Service, then at the BBC Third Programme and BBC Home Service. He then successfully applied to join the production team of Huw Wheldon's Monitor arts series on BBC Television.

Bragg is perhaps best known for the London Weekend Television (LWT) arts programme The South Bank Show, which he wrote, edited and produced for 30 years.   He is also known for his many programmes on BBC Radio 4, including Start the Week, which he presented for ten years, In Our Time, and The Routes of English, a history of the English language.