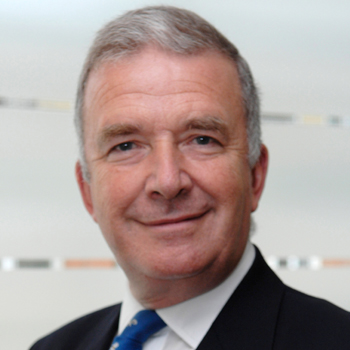 During his distinguished naval career he served in 14 warships and held Whitehall appointments in planning and intelligence.  He commanded HMS Yarnton, HMS Bristol and HMS Ardent (sunk in the Falklands conflict in 1982).  He was last to leave the sinking ship and was subsequently awarded the Distinguished Service Cross for gallantry.

His naval career also included conducting a study into the employment of women in the Royal Navy which led to women serving at sea and their full integration into the Service.

He is currently Chairman UK of the National Security Forum, Chancellor of Southampton Solent University, Trustee of the Imperial War Museum, and Chairman of CVQO.

Other career appointments include:

His unrivalled experience and knowledge in the areas of security, intelligence and defence are qualities that make Lord West a uniquely qualified expert at risk management and prediction.

"We‘ve received numerous emails from our attendees expressing how enthralling your speech was! Everyone thoroughly enjoyed it. One of the many comments was: ˜I thought Alan West was really wonderful - very inspiring and funny too‘."  -  Family Office Leadership Summit 2015