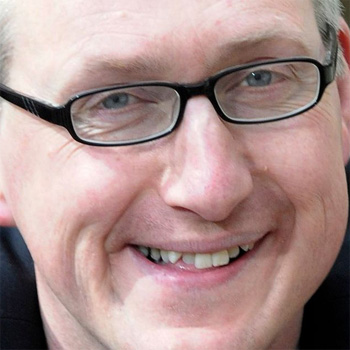 Lembit was born in Bangor, County Down, Northern Ireland on 2 March 1965, the son of Estonian parents whose families had fled from Stalin.

He attended the Royal Belfast Academical Institution, then read Philosophy at Bristol University, where he gained a 2.1 in 1987. He was President of the Student Union (1985-6) and an NUS National Executive Member (1987-88). During a successful career with Proctor & Gamble he rose to be Global Human Resources Training Manager.

Lembit was elected to the Liberal Democrats' Federal Executive Committee in 1991, and to Newcastle City Council in 1992. He stood in Newcastle Central in the 1992 General Election and in the largely rural seat of Northumbria in the 1994 European Elections.

In September 1996, Lembit was selected as the new Liberal Democrat prospective parliamentary candidate for Montgomeryshire, to replace retiring MP Alex Carlyle QC. In the May 1997 General Election, he was elected as MP for Montgomeryshire. He was re-elected in June 2001 and again in 2005, increasing his share of the vote.

On April 13th 1998, Lembit came close to death in a near fatal paragliding accident. He fell about 80 feet onto a Welsh mountain in his constituency, and broke his back in 12 places, as well as his ribs, sternum and jaw. This near-death experience has caused him to take a keen interest in the Spinal Injuries Association, of which he is a member.

Lembit lost his seat to Conservative Glyn Davies in the 2010 General Election but has not let the experience dampen his zest for life. No stranger to the tabloids thanks to his colourful private life, his many TV & Radio appearances include Have I Got News For You, Question Time, Any Questions and Al Murray's Happy Hour.

In autumn 2010 he announced his intention to run for Mayor of London. Assuming he gets the nomination he will be up against incumbent Boris Johnson and former mayor Ken Livingstone.

As a keynote speaker he can talk about the business of politics, branding and he has interests in both the nuclear and aviation industries having spoken extensively in the House, while on a lighter note, Lembit can always be relied upon to spin an entertaining yarn making him a popular choice for after dinner speeches or awards hosting.