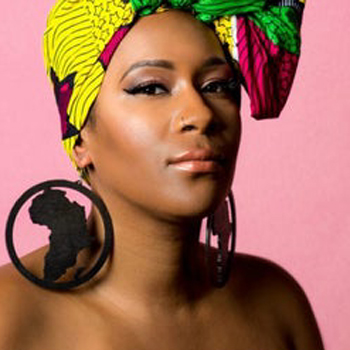 Leanne founded her community dance company The Movement Factory at the young age of 15 years old. She is now an award-winning dance entrepreneur who has successfully fundraised over £250,000 to run events and dance programmes from London to Kent and Surrey.

After her inaugural win for the Black Business Initiative Young Entrepreneur of the Year Award in 2008 (also winning in 2010 and 2014) she then went on to win many other awards as well as a highly commended nod as one to watch in Management Today’s 35 Women Under 35.

She has been featured in and on media outlets such as BBC News, Sky News, The Sun, Metro as well as her credits including work for the likes of Houses of Parliament, Nike, Gordon Brown and the Kelly Holmes Foundation to name a few.

Having recently survived being diagnosed with breast cancer, Leanne has used her platform to inspire, support and raise awareness for young people battling this disease by documenting her journey. In the beginning of 2016, Leanne self-published her first book titled Take Control, aimed at 18-30 years old as a self- help guide, detailing her misfortunes as a victim of sexual abuse and a troubled business woman battling depression.