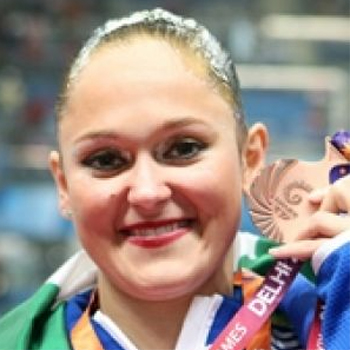 Recently retired captain of the Great Britain Synchronised Swimming squad, Lauren Smith won the bronze medal for solo synchronised swimming at the Commonwealth Games in Delhi, and is the current British and Scottish Synchronised Swimmer of the year.

As a solo swimmer she has been Bronze medallist at the 2010 Commonwealth Games for Scotland in Delhi; British Solo Champion 2010 and Scottish Open National Champion 2009.

With a clear and confident communication style, Lauren was chosen as GB media representative, and was often selected as a motivational speaker and presenter at awards ceremonies.

Although still in her twenties, Lauren is an exceptional motivational speaker, articulate, energetic and with a lifelong passion for encouraging young people to participate in sport.