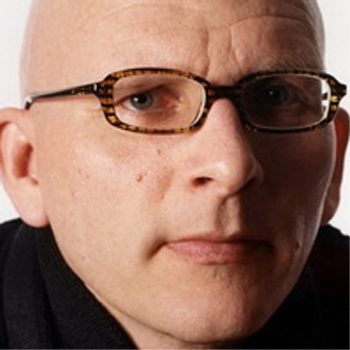 Born in SkÃ¤rholmen, a suburban district in southern Stockholm, Kjell NordstrÃ¶m grew up on a small island in the Finnish Ã…land archipelago. His parents returned to Sweden in the 1960s. He was first educated as an engineer and thereafter commenced studies at the Stockholm School of Economics where he earned a Ph.D. in 1991.
Until 2004 he was an Assistant Professor at the Institute of International Business (IIB) at the Stockholm School of Economics. His research and consulting focus is in the areas of strategic management, multinational corporations and globalisation. He has served as an advisor/consultant to several large multinationals as well as to the British government.
Today, Kjell NordstrÃ¶m is a professional public speaker in strategic management. The 2005 Thinkers 50, the bi-annual global ranking of management thinkers, ranked NordstrÃ¶m and his colleague Jonas RidderstrÃ¥le at number nine internationally and number one in Europe.
In 2000 the book Funky Business - Talent Makes Capital Dance, which was written by Kjell A. NordstrÃ¶m and Jonas RidderstrÃ¥le, was published. The book, which is described as a "manifesto of what our time requires from business firms and their leaders", became an international best-seller and has to date been translated into 33 languages. In 2000 it was rated as one of the five best business books of the year. Another survey ranked it as the 16th best business book of all time.
In 2003, the follow-up Karaoke Capitalism - Management for Mankind, also written with Jonas RidderstrÃ¥le, was published. In 2004, NordstrÃ¶m and RidderstrÃ¥le were interviewed about their ideas on CNN's Global Office.
Read More