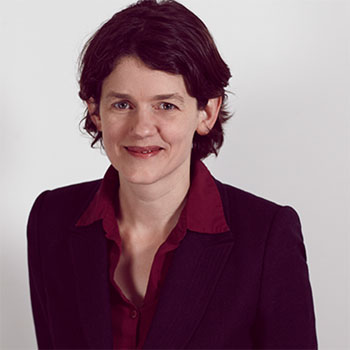 Kitty Ussher has over 25 years’ experience at the forefront of UK economic policy. An economist, Kitty worked with the Chancellor during Global Financial Crisis and was an MP and a minister in the last Labour government. She served as Economic Secretary to the Treasury - City Minister - and later as a minister in the Department for Work and Pensions helping shape the government’s response to the subsequent recession.

Having spent 12 years at the heart of central government and four years in local government, she has worked in the private sector for the last decade, at the intersection of government, the economy and the consumer. Her clients have included Barclays, Google, John Lewis Partnership, Joseph Rowntree Foundation, British Retail Consortium, Hermes Asset Management and Which?

Kitty is the Chief Economic Advisor of the leading cross-party think-tank Demos and advises the board at a high-growth digital bank.

An economist by training, she holds an MSc in Economics from Birkbeck College, London, and an undergraduate degree in Politics and Economics (PPE) from Balliol College Oxford

In addition to speaking at industry conferences she is an experienced media commentator, including for the Today Programme and Newsnight.

She is a great speaker - who speaks at many industry conferences.

Kitty joined our industry panel Where are we Now?  On Tuesday 15 December 2020- click here to watch the session.