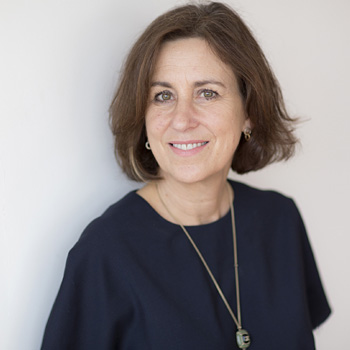 Kirsty Wark is one of Britain's most highly regarded and versatile broadcasters. As a regular presenter of BBC 2's Newsnight (since 1993) and The Review Show, her portfolio has extended from current affairs to the arts. Her versatility and experience make her a perfect and popular choice for a wide range of corporate events.

Kirsty recently competed in BBC1's Celebrity Masterchef, reaching the final three, and now hosts the  new cookery quiz 'A Question Of Taste' on BBC2.  Other presenting credits on her wide-ranging portfolio include The Great British Home Move Roadshow and A Question of Genius both on BBC 2, and The Book Quiz on BBC 4.

She was named Journalist of the Year by BAFTA Scotland in 1993 and Best Television Presenter in 1997. In addition, Kirsty was chosen as Scot of the Year 1998 (sponsored by Scotland on Sunday and Glenfiddich), and was awarded the 1999 News and Current Affairs prize by Carlton Women in Film and Television. She was also nominated for the prestigious Richard Dimbleby Award for Best Television Presenter (Factual, Features and News) in the BAFTAS 2000.

Kirsty worked on Radio 4's The World at One, before moving to television in 1983 - working as a producer on Reporting Scotland and later producing and presenting the current affairs weekly Seven Days. She has interviewed most senior politicians over the years, from Margaret Thatcher in 1990 to Tony Blair in 1996.