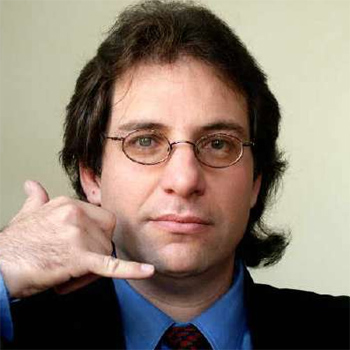 Kevin is the world's most famous hacker and a top cybersecurity speaker. Once one of the FBI's Most Wanted because he hacked into 40 major corporations and NASA just for the challenge.
Kevin never stole for profit or damaged systems, though he did become the most elusive computer break-in artist in history.  He spent years skipping through cyberspace, using technology not only to evade but also to spy on and track his pursuers.
Today, Kevin uses his unique talents to help people and organizations everywhere test and improve their cybersecurity and privacy. He is now a trusted security consultant to the Fortune 500 and governments worldwide and his team have a 100 percent successful track record of being able to penetrate the security of any system they are paid to hack into using a combination of technical exploits and social engineering.
As CEO and chief "white hat" hacker of his security firm, Kevin mentors clients at all levels and also helps consumers”from students to retirees” learn how to protect their information and themselves from harm, using understandable terms and a friendly approach.
Kevin's insights on current events are highly sought after by the media. As well as being the world's top cybersecurity speaker, he has been a commentator and security analyst on CNN, CNBC, Al Jazeera, FOX News, CBC, BBC, Radio Moscow, Tech TV, Good Morning America, and 60 Minutes.
He has been called before Congress (both the House and the Senate) to testify on security matters affecting the United States.
Kevin's books include Art of Intrusion: The Real Story Behind the Exploits of Hackers, Intruders and Deceivers and Art of Deception: Controlling the Human Element of Security, which are mandatory readings for security professionals. His autobiography, Ghost in the Wires: My Adventures as the World's Most Wanted Hacker, a New York Times best seller, available in fifteen languages.
Kevin's 75-minute presentations are:
THE ART OF INVISIBILITY: Defending Your Privacy against Hackers, Spies, and Big Brother
THE ART OF DECEPTION: How Hackers and Con Artists Manipulate You and What You Can Do About It
THE ART OF INTRUSION: How Hackers Attack and How to Fight Back
GHOST IN THE WIRES: The Story the Government Doesn't Want You to Know
Read More