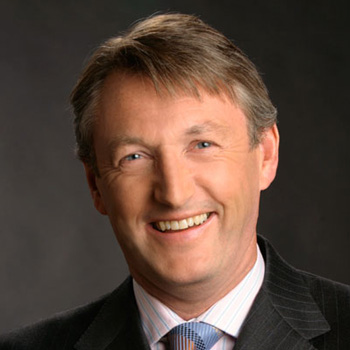 A natural communicator with the ability to build and motivate a management team and to enthuse staff at all levels within an organisation, Kevin Gaskell qualified as an engineer and accountant and completed his MBA before starting his career in the construction sector from where he moved into the chemical industry and then the automotive sector
In 1987 he joined Porsche GB Limited. Four years later, at the age of 32, he was UK Managing Director. Inheriting a business which was close to bankruptcy he built a world class team to focus the business back to its engineering heritage. In the space of five years Porsche changed from a struggling business into the UK's most profitable car company and Kevin was recognised as 'One of the Top 40 managers under 40 in the UK'.
In 1996 he became Managing Director of BMW (GB) Ltd where he formed a team to challenge the business. This led to four years of record growth during which sales improved by 40% and profitability increased by 250%.
In 2000 he left BMW to seek a new challenge as European Chief Executive of CarsDirect.com, an American pioneer in the online sale of cars. Finding their model would not translate to Europe the shareholders quickly retrenched to the USA. The European team used the opportunity to create epyx Limited; a business which, in only eight years, became the UK's leading provider of e-commerce solutions to the automotive fleet sector. Kevin was a founder board member of this team from 2001 until 2009 when he sold his interest to the management team and HgCapital.
In parallel to epyx Kevin was appointed as Group Chief Executive of EurotaxGlass's AG. Between 2001 and 2007 he led an international team who converted 31 national print based companies into the global leader in the provision of online data, systems and software to the automotive sector. In 2007 he led a 480 million MBO before stepping into the role of non executive President. He left the company in 2010.
Now actively involved in a number of companies, Kevin is:
Chairman Achilles Group Global leader in the management of supplier data
Chairman Courland Automotive Limited International automotive executive search firm
Associate Partner Admetam GmbH European corporate development/restructuring consultancy
Associate Partner DDA Consulting Management skills development and team building
Kevin's appetite for adventure is equally evident outside business. He celebrated his 40th birthday by climbing on Mount Everest and in 2006 walked unsupported to the North Pole to raise money for Cancer Research. Three years later he walked, with his 18 year old son, to the South Pole to raise more funds for charity. He has recently climbed Kilimanjaro and in less demanding moments he has played international cricket but now relaxes by playing in a rock band, The Hods.
Read More