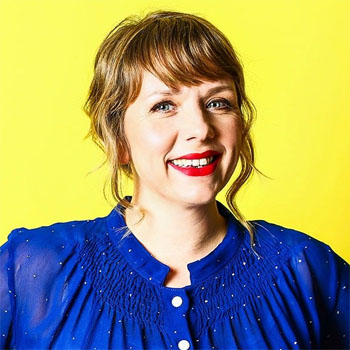 The charming straight-talking, quick-witted Kerry Godliman is one of the country’s best performers. She is an incredibly talented comedian and also a phenomenal actor. Best known for her appearances on BBC’s Mock The Week, Live At The Apollo,  Celebrity Pointless and Channel 4’s 8 Out Of 10 Cats. Kerry is also a regular on BBC Radio 4 with appearances on the esteemed The News Quiz, The Now Show and Just A Minute as well as her own series Kerry’s List.

Kerry’s acting talents have seen her receive critical acclaim for her role as Hannah in Ricky Gervais’ hit series Derek for Chanel 4, ITV1’s Bad Move where she plays Nicky, as well as starring in the Netflix feature film Mascots and Sky’s Carter’s Get Rich. She has also starred in Crackanory, Him And Her, Miranda, Getting On, Extras, Home Time, Our Girl and Channel 4’s Spoons, also appearing in several stage plays including England People Very Nice at the National Theatre.Most recent acting credits include Bad Move with Jack Dee, and After Life with Ricky Gervais

"Goes for the jugular. Quick wit, frank and engaging"