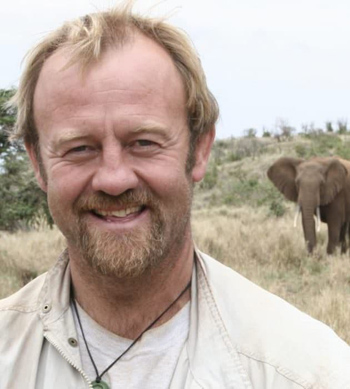 Ken started out as a 16-year-old army recruit. Two decades on, he left as a Major in command of 600 men, and as one of the very few British officers to have worn the red beret of the Parachute Brigade, the green beret of the Royal Marines and the sand beret of the Special Air Service.  His military experience includes nine tours of Northern Ireland, the liberation of Port Stanley in the Falklands war, the first Gulf War and commanding Britain's anti- terrorist team.
In his own words, he is passionate about giving  people the opportunity to do extraordinary things” and has led him from the world of the military to that of learning and development.  He is  Operations Director of Farscape Development, a company specialising in behavioural training and Ken specialises in equipping business people with the skills to perform at their best in any environment.
His first TV show was 'The Trek' back in 1994. With the help of Princess Diana, he took 12 disadvantaged youngsters to the heart of Africa on a 500-mile journey over desert and mountainous terrain.  Diana described Ken as the master practitioner in the field of training and development.  Since then Ken has created and fronted adventure programmes for the BBC, ITV, Channel 4, Five, CBBC, Sky and the Discovery Channel.
However it is 'Beyond Boundaries', a series taking disabled people into challenging environments in the wild, that has become his most famous achievement,producing 3 series to date.  In Beyond Boundaries 1 Ken led a group on a bold pan- Nicaraguan trek ” from The Atlantic to Pacific Ocean ” via jungle, desert, river and mountain. This trek had never before been completed, thanks to its arduous terrain, soaring temperatures, drug-running bandits and dangerous wild animals.
In the Channel 4 series 'Jungle Janes'  Ken had the challenging task of leading a team of untrained Herefordshire women into the jungles of Borneo.
Ken uses his vast and diverse experience to inspire vision in others through motivational speaking, coaching and leadership training. He is driven by the desire to help people to unlock their innate potential and is an expert in cultivating the positive behavioural practices which enable people to reach their goals.
Read More