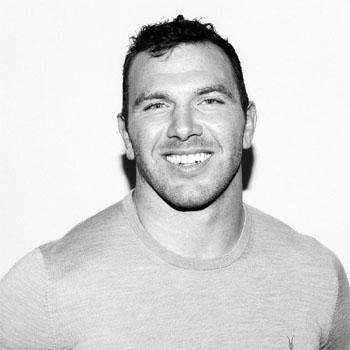 He began his career as an academy player at Bradford Bulls, before joining Hunslet Hawks in 2008. He moved to Dewsbury Rams for two seasons and then progressed to Batley Bulldogs in 2012. He moved to Featherstone Rovers in 2013 but returned to Batley first on loan, followed by a permanent move in 2014. In August 2016 Hirst signed a deal with Wakefield Trinity to play from 2017.

Keegan has two children with his former wife, and in 2015 he was the first British professional rugby league player to come out as gay. He’s been through some adversity, and is keen on sharing his story in order to educate others.

Keegan is currently extremely popular on the events circuit and has a brilliant, inspiring and heart-warming story.  His talk encompasses teamwork; diversity & inclusion; and his battle with mental health issues.  After years of denial which lead to mental health issues such as considering suicide, Keegan realised he had to be truthful to himself and those around him, which he knew was going to significantly change his life