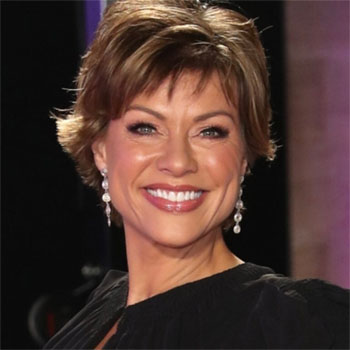 As one of the BBC’s main national news broadcasters, Kate Silverton currently presents the One, Six and Ten o’clock national news bulletins. During the past two decades she has reported from Iraq and Afghanistan - as well as presenting a wide range of prime time BBC One programmes.

Whether being tear-gassed in Bethlehem or broadcasting from the frontline in Basra figure-heading the BBC's coverage of the Oscars or the Glastonbury festival, Kate is as much at home in the war zones of the world as she is rubbing shoulders with celebrities.
.
Kate is in demand to present BBC prime time documentaries, fronting Big Cat Live last year, a pioneering live broadcast and she featured in the My Family at War series, tracing the steps of her great grandfather in the Great War.

Motherhood recently encouraged a return to her academic roots in child psychology and her work now combines journalism with her passion to raise awareness around mental health issues relevant to both children and adults.

She writes regularly about developmental psychology; children, adolescent and adult mental health issues, conservation; things she has learned from life and the television programmes that she is involved with.

She works with a number of children’s mental health charities and has started training to become a children’s counsellor. Her ambition now is to use her experience in journalism to raise awareness about emotional wellbeing and mental health issues relevant to both children and adults

Kate has developed a reputation for being warm, engaging and eclectic whilst also being hugely focused and highly professional. It is this integrity and broad experience in both business and journalism that has enabled her to interview major political, military and showbusiness figures, whilst also chairing conferences and debates for some of Britain's biggest organisations such as BT, Royal Bank of Scotland, KPMG, The Royal Navy and Transport for London.

Kate graduated from the University of Durham with a BSc in Psychology. Before that she studied Arabic and Middle Eastern history for a year, fueled by an interest in Middle East politics. This interest developed following a stay on a Kibbutz in Israel and travels with Bedouin tribesmen in Egypt.

Kate has been a keen traveller since her first expedition with Operation Raleigh (now Raleigh International) to Zimbabwe in 1990. She has subsequently traveled extensively throughout Africa and the Middle East, most recently visiting Lesotho, Uganda and Oman. These experiences, immersing herself within hugely disparate cultures around the globe, have continued to prove the driving force for her reporting from some of the most troubled and beleaguered areas of the world.

Kate has recently qualified as a child psychologist counsellor.

"Kate is a complete star and did everything with joy, enthusiasm and the utmost professionalism and finesse.  It was an absolute pleasure to work with her on the Summit and I very much hope to work with Kate again in the future. As you could see from tweets, everyone was talking about her. A good Chair of a Conference/Summit is worth their weight, and some, in GOLD!  She deserves a medal " you'd think she was in our business for years.  Can't praise her enough!"  Association of Online Publishers
"We have had good hosts in the past, but Kate surpassed them all. She is not only highly professional, grasping the nuances of a specialised industry sector, but comes over as an incredibly nice, likeable person. Her support for our chosen charity, Help for Heroes, boosted contributions to a fantastic amount. We had a great deal of feedback, 100% of which was positive. We have already asked about her availability for next year's event."  MD, CWC Research
"Kate's work on stage was excellent, highly professional and created the perfect setting for our annual awards."
Sales Director, Neff Appliances
" Yes the event did go well and the client seemed very happy"¦Kate was great to work with and showed an obvious interest which was wonderful from our point of view, as organisers."
Leapfrog Medical - Kate chaired a series of panel discussions
"Kate Silverton was excellent at the Abbey Convention...thanks for all your help with that" Kate chaired a convention for Santander
"Last week went really well ... we will be more then happy to use Kate as a first option for future events..."  Kate chaired a conference for RBS
"It takes a lot of nerve, class and humour to host an event as prestigious as our national awards, and Kate was effortless throughout."  Construction Manager of the Year Awards
Read More