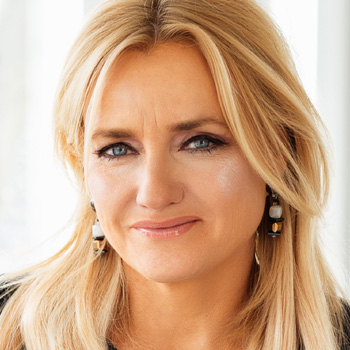 “Society works best, when it’s centred around the entrepreneur”

Julie Meyer is an entrepreneur whose been an influential part of the entrepreneurial and investment landscape in Europe for over 2 decades. She is relentless in her pursuit of building the gold standard for the financing of innovation and entrepreneurship, having worked with, and been an early backer of companies including BeatThatQuote (sold to Google), Monitise (market cap of 1 bn Euros), Skype and Zopa.

She is particularly interested in young, fast-growing tech firms that can both disrupt and transform large enterprise.

Julie is currently CEO of Pelion Pension Advisors, based in Zollikon, Switzerland and Managing Partner of the ACE Fund, a seed venture capital fund. The investors behind ACE include some of the leading tech entrepreneurs in the world, wiht the fund currently invested in 17 emerging technology firms from around the world.

Her first book, ‘Welcome to EntrepreneurCountry’, was published by Little, Brown and quickly picked up awards.

She went on to found EntrepreneurCountry Global, a global community of 325,000 digital citizens which enables individuals to build their personal economies. It allows start-ups to test pilot new products and services, and corporates to future proof their businesses. It has subsequently spawned The Follow The Entrepreneur Investor Summit, now in its 9th year, which brings together 42 nationalities to hear entrepreneurs sharing their visions of the future.

Julie first came to prominence at the end of the 90s with the launch of the pan European business network group, First Tuesday which helped bring together investors and entrepreneurs and is credited with igniting a whole generation of Internet businesses in Europe. It was sold in just over 2 years for $50m, and she then went onto found Ariadne Capital, eventually bought by Pelion which she now leads.

Julie has spoken at events around the world, including keynotes to Executive Teams of Aviva, IBM, Rolls Royce, Santander and many others. She has spoken at the request of the Harvard Business Review, and throughout Board rooms and conferences around Europe.

He subject include:
- Investing with Impact
- Feminine Leadership
- Entrepreneurship and Digital Transformation
- Consumer Data as an Asset

A graduate of INSEAD, Europe’s leading business school, she was named one of their top 50 alumni of all time. She was also a panellist on 4 series of the online version of Dragon’s Den in the UK.

In 2011 she received an MBE for her services to entrepreneurship, and is also the recipient of an honorary doctorate from Warwick University for her applied Economics theory – Ecosystem Economics®.

She divides her time between Zurich, London, the USA and the South of France.