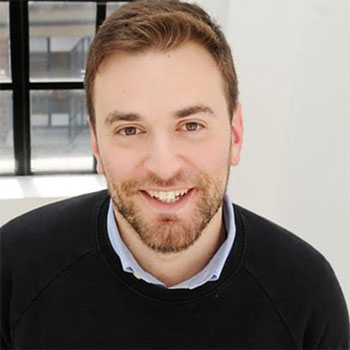 Jonny Benjamin MBE is an award-winning mental health campaigner, film producer, public speaker, writer and vlogger. He speaks about living with mental illness and his 2014 social media campaign with Rethink Menal Illness to #FindMike, who was the man who talked him down from jumping off a bridge when he was suicidal. It went viral and led to Jonny becoming a prominent spokesperson on the subject of suicide.

Having been diagnosed with schizoaffective disorder at the age of 20 Jonny battled with mental health and became suicidal. Since his mental health got under control he started to speak publicly about living with mental illness to help educate and break stigma. He has also produced and presented documentaries on BBC Three and Channel 4 on the subjects of mental health and suicide.

In 2016 Jonny launched ThinkWell, a mental health programme for schools, which has so far been into secondary schools across the UK with huge success. He then proceeded to write two books on mental health – the second of which titled “The Book Of Hope”, will be a collection of quotes, poems and stories by himself and others to inspire recovery and hope. It will be published this year.

In 2019 Jonny launched Beyond Shame Beyond Stigma, a new mental health charity which aims to provide mental health support to young people, their families and teachers.

Jonny has spoken at various schools, Universities, conferences, hospitals, prisons and workplaces. Jonny Benjamin MBE has spoken for the likes of Barclays, Virgin Trains, and the Metropolitan Police. In his talks, he shares his journey through mental illness using films and photos to illustrate his experiences.

After his talks he offers Q&A sessions which explore the feelings created by mental health issues. A motivational speaker.