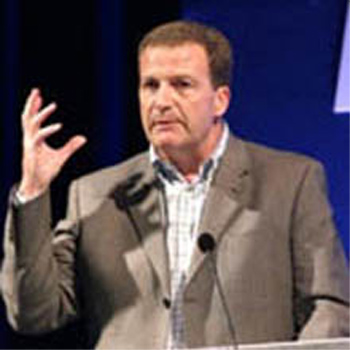 The first the world saw of RAF navigator Flight Lieutenant John Nichol was as a tortured British prisoner-of-war, beaten and humiliated by his captors.  The ensuing pictures were flashed around the world and became an enduring symbol of the first Gulf war. The traumatic weeks of capture gave John a unique insight into the human capacity to deal with extreme adversity and change. Partly as a result of his own outgoing personality, partly as a result of the experience itself, John is now able to present a fascinating insight into what happens when our innermost reserves are tested by external demands.

After the Gulf War, John’s military career took him on active service to the Falkland Islands and to Bosnia as part of the UN peacekeeping mission.  He left the RAF in 1996 to pursue a career as a broadcaster and writer.  He has written for The Sunday Times, The Observer and The Mail On Sunday and has published 13 books including the best-sellers, Tornado Down, The Last Escape, Tail-End Charlies & MEDIC!  He has been a consultant and reporter for Newsnight, The One Show, CNN, BBC News, ITN, and World In Action.

John’s account of what happened takes the audience from the highly organised training, planning and teamwork of an RAF fast-jet squadron to the isolation of being shot down and held in solitary confinement. His experiences qualify him to speak with unquestionable authority on not only surviving change and adversity, but also turning it to your advantage.  Some recent speaking topics have included:

John’s message is one of optimism, inspiration and personal motivation. His personal triumph lies in having discovered his potential to cope with extremes and achieve goals way beyond his perceived horizons.  And John leaves his audience in no doubt - that potential exists in all of us.

"In a conference hotel outside Birmingham the audience has worked itself into a lather of exhilaration, their minds worlds away from sales targets. The music surges as Mr. Nichol walks off stage and the crowd goes wild. A straw poll found the consensus among the audience feeling ‘uplifted’ and ‘able to take on any challenge’. " – The Economist

"I have seen a lot of "motivational" speakers and it is an understatement to say that you were a complete hit! To get that level of interaction and attention from our team after nine hours hard graft speaks for itself. Your talk was inspirational and very motivating, as well as incredibly humbling....it certainly framed the day superbly, and will definitely be talked about for many meetings to come!" – UK Sales Manager, B&Q