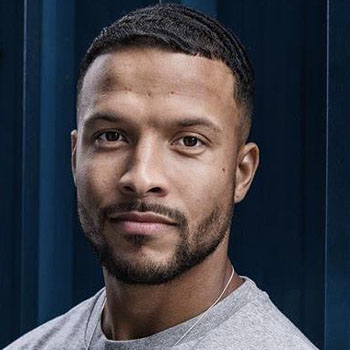 Joe Thompson is a recently retired professional footballer who played for Rochdale FC.

Joe had an adverse childhood, his father lived a life of drugs and crime his mother battled with mental illness from birth and her admittance to a psychiatric facility saw him and his brother moved to Manchester to live with his Aunt. It was here despite experiencing racism that he was signed by Manchester United at age 9, where he spent six years living every boy’s dream but was left devastated when the club released him at 16...

Joe bounced back to forge a career in the Football League, before his life was thrown into turmoil. At 23, he was diagnosed with a rare form of blood cancer. Six months of chemotherapy followed, which eventually rid his body of the disease. He had been given a second chance at life, but three years later he was given the shock news that his cancer had returned.

An 18-day stay in an isolation unit reduced him to skin and bone, but he vowed that he wouldn't be beaten. For a second time, Joe gave cancer the boot and he made an incredible return to professional football.

Joe announced his retirement from professional football in February 2019 and stated that “with the intense treatment my body has had to endure of the last six years it is no longer able to perform to the demands of the professional game.”

Joe has written a book called Darkness and Light: My Story, detailing his incredible story and is a confident and passionate speaker.