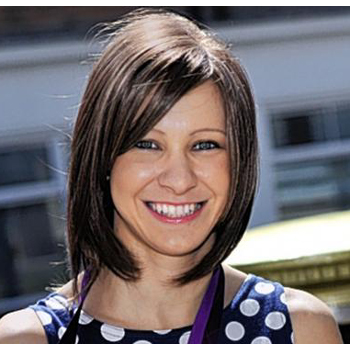 Born in London in 1988 Jo showed promise from an early age and was picked up by the British Cycling Talent Team aged 16. She immediately began proving her worth and went on to win the British National Track Championships the following year, a title which she retained in 2006.

Joanna made her debut senior win in 2006 at the British National Women’s Series and was signed as part of the professional cycling team Global Racing in 2007. Since then she has been travelling the world, working as a sports speaker and competing in some of the toughest competitions in the cycling calendar.

In 2008 Jo Rowsell Shand joined Team Halfords Bikehut, which was led by fellow sports speaker and former Commonwealth, National, Olympic and World road race champion Nicole Cooke. Outside her work with the Bikehut team Jo took gold in the 2008 World Championship’s Women’s Pursuit for the first time that year, a feat which she would go on to repeat no less than three times in the next six years.

Jo began preparations for the 2012 Olympic Games by competing in the Track Cycling World Cup in London in February where she took gold in both the team and individual pursuits. Making her first appearance as an Olympic speaker shortly after this Joanna Rowsell Shand quickly became incredibly popular with the British public and held high hopes of attaining a gold medal at the 2012 Summer Olympics.

Jo Rowsell has continued to perform successful in cycling competitions since the 2012 Olympics, winning a further two World Championship medals in Cali in 2014.

Jo has also overcome personal challenges as she grew up, having suffered with alopecia, resulting in hair loss, since she was 10 years old.

An accomplished public speaker, Jo speaks passionately about her career, the setbacks she has faced and how she has overcome them. She can focus her talk around sporting themes as well as around the more personal topic of alopecia and body confidence issues.