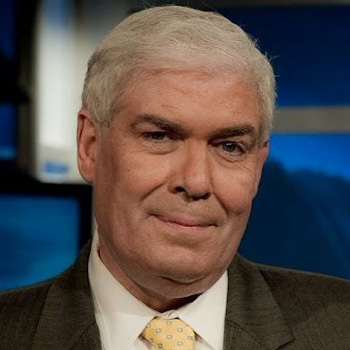 Jim Clancy is an award winning broadcast journalist, best known as a former correspondent and anchor on CNN International. He anchored several CNN news reports including The World Today and The Brief.

Following an extensive career in local radio and television, Jim joined CNN in 1981 as a national correspondent. He went to be a CNN international correspondent in the Beirut, Frankfurt, Rome and London bureaus between '82 - '86 winning the George Polk Award for his reporting on the genocide in Rwanda, the DuPont-Columbia Award for coverage of the war in Bosnia an Emmy Award for reporting on the famine and international intervention in Somalia and the A.H. Boerma Award for his coverage of global food and hunger issues.

In 2012, Clancy contributed to CNN'S Emmy Award winning coverage of the resignation of Egyptian President Hosni Mubarak. The Emmy for "Outstanding Live Coverage of a Current News Story" was one of two awards CNN received in 2012.

Since retiring from CNN he continues to lecture and write worldwise, and is a popular chair and host for corporate events.

"Jim was great, a real pleasure to work with. We had quite a bit of contact with him beforehand and he worked very well with our editorial team on the day. I would definitely recommend him."  Marketing & Events Manager, Informa - for Lloyd's List Awards - June 2017