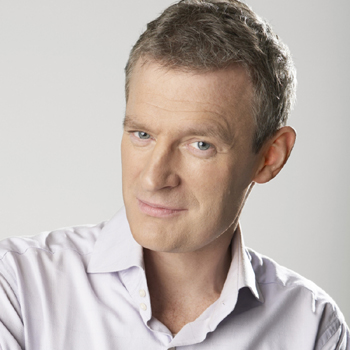 Jeremy Vine presents Panorama on BBC1. He combines this role with his BBC Radio 2 programme, The Jeremy Vine Show for which he was awarded a Silver Sony Speech Broadcaster of the Year Award 2006.

On television he has taken over the Swingometer for all BBC specials and coverage for General Elections, By-Elections, Referenda, European Elections and US Elections. A role previously held by Peter Snow who took the Swingometer, one of the iconic props of British political broadcasting, from being a mere pendulum in the studio to a highly computerised diagnostic graphic.

Jeremy hosted The Politics Show on BBC1 and two series of interviews - the first with pop stars, the second with actors - entitled Jeremy Vine Meets¦.again for BBC1. Jeremy hosted Page Turners, a daytime book club programme for BBC 1. Formerly he presented Newsnight on BBC 1 and was the BBC's Political Correspondent based at Millbank. Prior to that, he was their African Correspondent based in Johannesburg.

During his time at Durham University Jeremy studied English and presented on Metro Radio in the middle of the night. His career in journalism began as a trainee at the Coventry Evening Telegraph. He supports Chelsea Football Club avidly, and is a popular choice on the corporate circuit.

Most recently Jeremy was just confirmed as one of the contestants on the new series of Strictly Come Dancing.

"Jeremy was a pleasure to work with! He joined us for dinner, and was a good choice for the event... Jeremy had the Hedge Fund crowd all very attentive!"  Incisive Media - Jeremy hosted the Hedge Fund Review Awards - November 2013