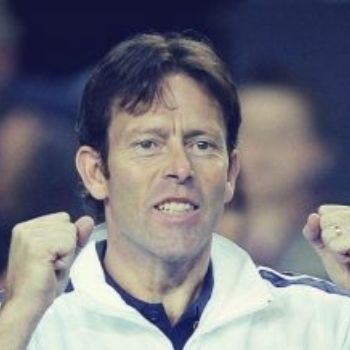 Jeremy Bates is a former professional tennis player from the United Kingdom. During his career, he won two Grand Slam mixed doubles titles. After retiring from the professional circuit, he has served as the captain of Britain's Davis Cup team.

As a singles player, he reached the fourth round at Wimbledon twice in 1992 and 1994 losing on both occasions to France's Guy Forget. In the 1992 encounter Bates held a match point against Forget in the fourth-set, but failed to convert it and ended up losing in five sets 76, 46, 63, 67, 36.

Bates retired from the professional tour in 1996. Since leaving the tour, he has served as captain of Britain's Davis Cup team as well as playing in seniors' events. His motivational speeches are inspiring.