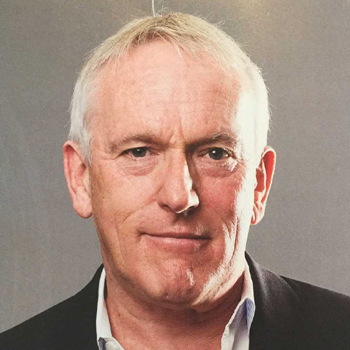 James Woudhuysen has a reputation for registering trends well before others, and he often offers counter-intuitive proposals on what actions to take. Former Professor of Forecasting and Innovation at De Montfort University, Leicester, he now is a journalist and broadcaster and Visiting Professor at London South Bank University.
James attended Sussex University, where he studied at the Science Policy Research Unit. His first job was technology editor, then editor of Designmagazine, a glossy colour monthly.
A few years later, James became head of research at the international designers Fitch, before leading consultancy in IT at the Henley Centre for Forecasting, where he managed worldwide market intelligence for Philips consumer electronics.  At Henley he also advised major UK cities London, Birmingham, Glasgow and Manchester on international competitiveness.
He went independent in 2001 and currently sits on the boards of the Journal of Consumer Behaviour and Energy & Environment.  He also broadcasts about the future of work and the environment.
James has made some notable forecasts. In 1982, he identified the user interface as a key issue in IT. He anticipated by two years the conditions in the North Sea that gave rise to the Piper Alpha oil rig disaster in 1986.  James also warned of a dotcom bust in 1999, attacked doubters on 3G mobile telephony in 2002, exposed Britain's shortages of housing and nuclear power in 2004, and punctured hype about 3D printing in 2013.
In his conference presentations James shows how future trends can inform decisions on strategy, research and development, innovation, marketing and design. With his specialist international knowledge spanning IT, energy, the home and FMCG, his themes extend from product development and regulation to the need for risk taking.
He frequently challenges faddish, politically correct theories - contrasting the creative potential we all have with the deadening effect of conventional wisdom. He offers a witty but deadly serious alternative to myths about almost everything.
His corporate speaking engagements cover topics of technology, economics, politics and sociology of innovation in energy, IT, retailing and cities. They are polemical and controversial.
Read More