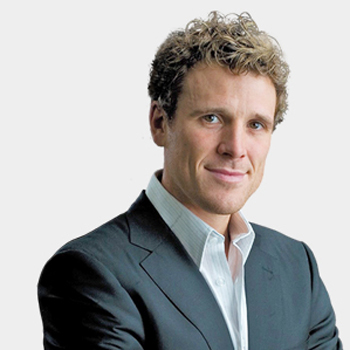 Winning Gold in Athens in 2004 in one of the most heart stopping races in history, James Cracknell is now confirmed as one of the most successful and inspiring athletes of the modern era. Currently Double Olympic Champion and World Record holder along with partner Matthew Pinsent, he is one of Britain's true sporting heroes.

James won his first Olympic Gold and the hearts of the nation in the legendary coxless four in Sydney 2000, together with Steve Redgrave, Matthew Pinsent and Tim Foster. After four years of intense training and determination, James repeated this incredible performance in Athens, winning his second Olympic Gold medal in a nail biting final with Matthew Pinsent, Steve Williams and Ed Coode.

James has also had phenomenal success in the coxless pairs, forming a partnership with Matthew Pinsent after the Sydney Olympics. In their first season together they embraced the momentous challenge of competing in the coxed and coxless pair races at the 2001 World Championships in the same afternoon. In front of a huge crowd in Lucerne, they snatched both Golds, achieving the one feat that had eluded Sir Steve Redgrave.

To go one better in the 2002 World Championships in Seville, the pair successfully retained the coxless pairs title, obliterating the competition with an incredible time of 6:14.27 and smashing the world record by nearly four seconds.

In preparation for the 2004 Olympics, James and Matthew switched back into the coxless four with Steve Williams and ultimately Ed Coode who replaced Alex Partridge after he suffered a punctured lung a month before the Games. But not even a late replacement could deter the team from clinching Gold - and the nation's hearts once again.

In recognition of his achievements and character, James is the youngest ever Captain of England's oldest rowing club Leander, where he has taken great steps to break down the traditional barriers to rowing, and build a young, vibrant club which is achieving its best ever results in all age groups.

But the life of one of Britain's most successful athletes is not all boats and water. James is an ex-teacher and a masters graduate, and when he isn't riding his motorbike or surfing, he is busy making regular TV and radio appearances. His wide appeal means that he is as likely to be found on Children's BBC as he is on a debate for Radio 5 and he has presented gongs at the BAFTAs as well as the Disney Channel Kids Awards.

He has taken part in a series of challenges with Ben Fogle  including rowing the Atlantic and racing to the South Pole as part of Team Qinetiq : http://www.teamqinetiq.com/.

Fast becoming an integral part of the British sports media, James joined The Daily Telegraph as a regular Sports columnist in 1998. Never afraid to speak his mind and possessing vast knowledge across a variety of sports, he tackles stories from a different angle allowing the reader to really see into the mind of the athlete. Also a firm favourite with the lifestyle press, James is admired by the public for his style and success and has been the recipient of many lifestyle awards.

James' outstanding sporting achievements, intelligence and good sense of humour have also made him popular choice as a corporate speaker. With the ability to tailor his experiences to captivate and motivate a variety of audiences, James has inspired and entertained blue chip clients including Merryl Lynch, GlaxoSmithKline and Centrica.

In 2010,  he suffered a near fatal cycle accident while filming a series in the US.  After a difficult six-month recovery period, James went to the Canadian Yukon, completing The Coldest Race on Earth. These stunning adventures transmitted as 'Unstoppable: The James Cracknell Trilogy' on Discovery in April 2011.

In 2019, while studying a MPhil at Cambridge, James became the oldest ever competitor in the Oxford and Cambridge boat race, helping to stoke the light blues to victory. 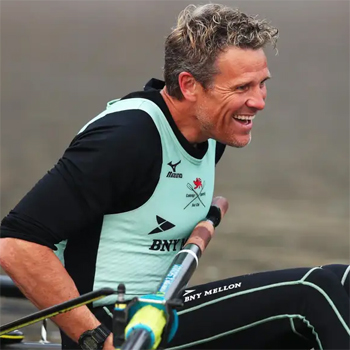