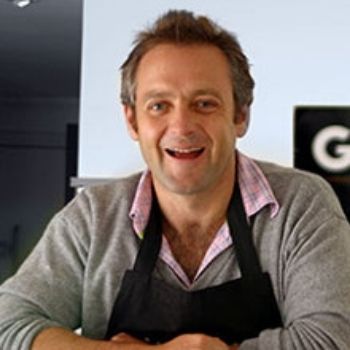 James Averdieck is the founder of  Gü Chocolate Puds, launched in May 2003.

Born in Yorkshire in 1965, James was educated at Uppingham School before studying Economics at Durham University from 1985 to 1988.

After leaving university, James joined the graduate programme at strategy consultants, Arthur D. Little, where he stayed for two years, working in Europe, US and the Middle East. He enjoyed consulting and learnt about the key drivers to a successful business, but wanted to get closer to the coal-face.

James spent the next 9 years in food industry working for both Safeway and St Ivel and learnt about Sales and Marketing and running businesses. With St Ivel he moved to Belgium and became a convert to Belgian gastronomy and, as he says, 'went native on the chocolate front'. It was in Brussels that the seed was sown for his UK chocolate venture. James saw the opportunity of marrying high quality chocolate patisserie with efficient UK supermarket distribution.

James realised that UK consumers were demanding more quality and moving away from mass-produced 'branded' products. By marrying up high quality chocolate patisserie with efficient UK supermarket distribution, James was confident he could take on the big players.

He wanted to create a brand "more focused than the big brands on using high-quality raw materials to deliver uncompromisingly good products."

Gü,the brand, is about chocolate extremism - evoking nostalgic memories and magical smells of baking with chocolate. The brand was well received by the supermarkets, launching first in Sainsburys and Waitrose with the others following apace.

Five years on Gü  was the fastest growing food company in UK and is now credited with revolutionising the quality of desserts. It has offices in London and Paris, selling in UK, France, Ireland, Belgium and beyond. In the process James has realised his chocolate dream of selling soufflés to the French and chocolate to the Belgians.

James then set up a new company selling coconut juice called The Coconut Collaborative which is a yoghurt business which uses coconut milk. James is a serial entrepreneur who knows the secrets to success and creative marketing thus making him an excellent speaker for the business world on how to build on a key idea to bring a company to fruition.

An inspiring and motivational speaker.