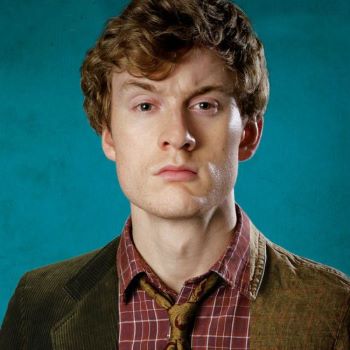 James Acaster was born in Kettering, Northamptonshire in 1985. He left school age 17 so he could play drums in a band called The Wow! Scenario with his friend Graeme. Not a great success, so he began performing stand-up in 2008.

In 2009 he went to the Edinburgh festival with comedians Josh Widdicombe and Nick Helm. In 2010 he returned with comedians Ben Van Der Velde and Andrew Doyle. He was still learning his craft. Then in 2010 he supported Josie Long for the whole of her UK tour Be Honourable.

In 2011 he supported Milton Jones for the whole of his UK tour The Lion Whisperer, and that year took his first full solo show Amongst Other Things to Edinburgh. It went well.

In 2015 he won Best Breakthrough Act and Best Show (for Recognise) at the Chortle Awards and he took his fifth solo show 'Represent' to Edinburgh, again being nominated for Best Comedy Show at the Foster’s Comedy Awards.

On TV James has appeared on Mock the Week, Have I Got News For You, QI, Live at the Apollo, 8 Out Of 10 Cats, Nevermind the Buzzcocks, Russell Howard’s Good News, Dave's One Night Stand, The John Bishop Show and Josh.

On radio James has appeared in his own Radio 4 series James Acaster's Findings and regularly on The Josh Widdicombe Show on XFM telling tales of Scrapes and Cabbaging.