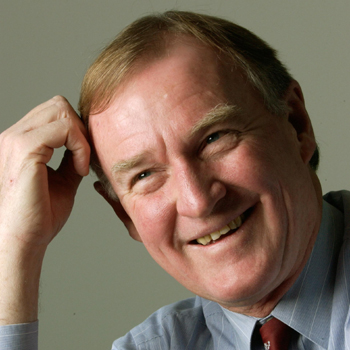 Humphrey has been developing high performing teams and leaders for the last 30 years and specialises in developing winning teams and leaders within complex and competitive environments. He works with teams, which range from the England rugby team, premier division football teams, schools, major corporations, government departments, Industry and professional bodies.

In 1996/97 he completed the BT global challenge, dubbed "The World's Toughest Round the World Yacht Race", aboard Ocean Rover to further his studies in leadership and teamwork in a hostile environment. He uses this event to explain vividly what created successful Individual and team performance among the 14 yachts that took part.

He has written extensively about high performing teams and leaders and is the co-author of the book "Global Challenge", which has sold over 25,000 copies. It has become standard reading in many organisations, who are interested in leadership, teamwork and creating an inspirational environment.

Humphrey Walters was born in India and spent his early life in Africa and the Middle East. He was subsequently educated in England, Canada and the USA. He completed a study on inspirational leadership at the Massachusetts Institute of technology in the USA. He works extensively, with his team, helping global organisations to take the steps necessary to develop high performing teams, leaders and individuals to perform to the maximum levels in complex and competitive environments.

He is a visiting fellow of Inspirational leadership at the Henley Management College in the UK and lectures regularly on their International MBA programme. He is also an associate of the London business school. He lectures frequently to schools and heads of academic institutions on Leadership, personal motivation and team working skills, both for staff members and school leavers.

Humphrey also works closely with the Sandhurst Military academy and trains many Global Leaders at the academy using business methodology allied to the unique atmosphere of the academy.

He is an active sportsman having been involved in rugby, squash at county level and cricket. He has also completed 26 marathons and is a life member of the M.C.C. He is interested in the environment and spends time in Africa and Europe studying wildlife of all kinds. He is also attached to and raises funds for three charities in the UK and is a board member of the Royal Marsden Cancer Hospital in London. He is a qualified fixed wing and helicopter pilot, and is a member of the Helicopter Club of Great Britain as well as the Royal Yacht Squadron.