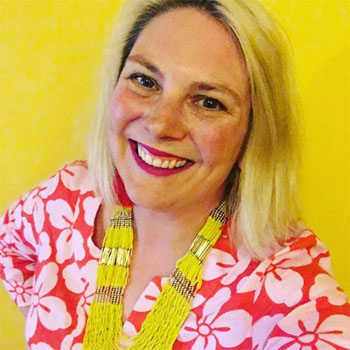 Helen Thorn is a stand-up comedian, blogger and author. She began her stand up career in Australia, and was a regular panellist on the ABC’s culture programme Vulture. She reached the national final of the prestigious Raw Comedy Competition and was a member of the Comedy Zone – a quartet of upcoming comedians selected by the Melbourne Comedy to showcase new talent. Helen returned to the Melbourne Comedy Festival in 2017 with her new solo show Thorny Questions, which achieved a sold run and 4 star reviews.

Helen is also one-half of comedy double act Scummy Mummies. Together with fellow mum Ellie Gibson, she co-hosts the UK’s number one parenting podcast, which has now topped 1 million downloads. They perform live comedy shows to sold-out audiences around the country and their first book, Scummy Mummies, was published in March 2017. The podcast was nominated for Best Comedy Podcast at the  2017 British Podcast Awards and Best Talk Show: Health/Lifestyle in the 2017 Online Radio Awards.

Television appearances have included The Today Show , Sunrise Weekend and The Morning Show in Australia. In January 2017, the Scummy Mummies were hosts for NOW TV’s Facebook Live page for the National Television Awards.  Helen has regularly appeared on Woman’s Hour, along with Radio 5 Live and BBC London.

Helen has written about parenting, body image and other subjects for publications including The Telegraph, Glamour Magazine, Smallish Magazine and Metro. Corporate work includes hosting events for English Heritage, The Baby Show, Channel Mum at YouTube and Mumsnet.