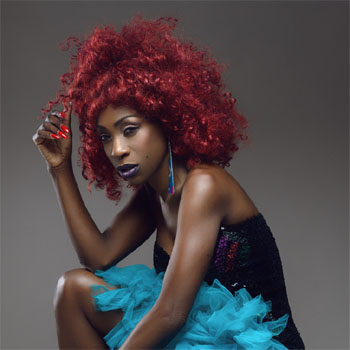 Known to many as The Voice of M People, Heather Small is a quintessentially British institution. With hits such as 'Moving On Up', 'One Night In Heaven' and 'Search For The Hero', M People achieved major worldwide success, with Heather becoming one of the seminal British voices of the 1990s. The band went on to win the Best British Dance Act Award at the Brits in 1994 and 1995.

Since M People, Heather has had further successes with two solo albums – the title track of her 'Proud' album has gone on to become the soundtrack to a whole host of very special events including London's 2012 Olympic bid, the 60th anniversary of VE Day in Trafalgar Square, the 2005 Tsunami Relief Concert and England's victory at the Rugby World Cup celebrations.

Heather's infectious personality and her trademark sense of humour has always earned her respect and public affection. She has appeared on a number of TV news and chat shows including Paul O'Grady, GMTV, BBC Breakfast, and Newsnight, as well as special appearances on Who Wants To Be A Millionaire? and Strictly Come Dancing.

She has completed several highly successful full tours of the UK to sell-out crowds – twice in 2009, and again 2016. This is also not to forget her critically acclaimed side-project 'Here Come The Girls' tour, teaming up with singing sensations Anastacia and Lulu and touring arenas across the UK and Ireland in winter 2010.

So what gives Heather the impetus to keep moving forward, to keep challenging herself, to keep trying new things and not resting on her laurels? 'If you got the feeling I do when I sing' she smiles, 'you'd understand’.

Heather is happy to sing for your corporate event virtually too!