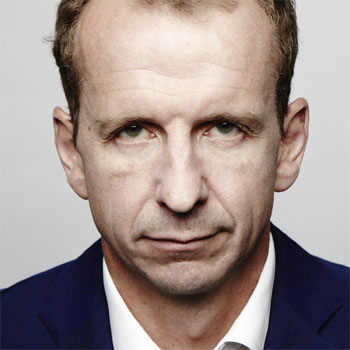 A former modern pentathlete, Greg competed in two Olympic Games and has won European bronze and World Championship silver medals. After his athletic career he studied for his BSc (Hons) at Brunel University, completed his MSc in human performance at Frostburg State University in the USA and completed his PhD at St. Georges Hospital Medical School and the University of Wolverhampton, where he was research co-ordinator.

Greg is a Fellow of the British Association of Sport and Exercise Science (FBASES) and the American College of Sports Medicine (FACSM) and was the Chairman of the charity Cardiac Risk in the Young (CRY) from 1999-2009.

Greg is well-known for his involvement in Comic Relief. He has trained, motivated and successfully coached the comedian David Walliams to swim across the English Channel and Along the River Thames; John Bishop’s Week of Hell; James Cracknell to run, cycle and swim to Africa; Cheryl Cole, Chris Moyles and Gary Barlow to climb Mt. Kilimanjaro; Eddie Izzard to run a remarkable 43 Marathons in 51 days and most recently, helped Mel C, Dara O'Briain and others to raft 110k down the Zambezi river.

Greg has help raise over £45million for charity.