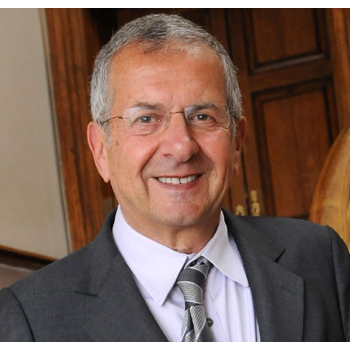 Gerald Ratner is a British household name. Born in 1949 and educated at Hendon County Grammar School, he joined the family firm Ratners in 1965.
He took over his family's jewellery business in 1984 which had at that time 130 stores. By 1990 it had 2,500 stores, 25,000 employees, annual sales of 1.2 billion and profits of 121 million.
Unfortunately he went down in history (he was then Chairman/Chief Executive of Ratners Group, the world's largest jewellery retail company which included H Samuel and Ernest Jones), when at a corporate speaking engagement in 1991 at the Albert Hall for the Institute of Directors, he described a sherry decanter (one of their products), as total crap.
Unfortunate gaffes aside, he has managed to climb back to the top and bounced back from his fall from grace, learning valuable lessons on his way back up. He has built an American business from scratch and now has over 1000 shops in the USA becoming one of the few UK retailers to succeed on the other side of the Atlantic. He has recently expanded the business into India.  He also runs the UK's largest online jewellery business -  Gerald Online.

As an after dinner speaker Gerald entertains his audiences with tales of his wild, up and down roller coaster ride in business, in his inimitable humorous and erudite style.  He is not doing too badly now with his house, swimming pool and Bentley Continental GT in the drive and not forgetting his bicycle which he rides every day if he can.

"He was absolutely superb. Fantastic and highly relevant business content, brilliantly and professionally delivered with great timing and the appropriate injection of humour. He absolutely nailed it and stole the show – providing a memorable day for UKWAS and our guests."  Chief Executive, UKWA

"Gerald was a great choice for our conference yesterday, he was well received with laughs and questions from the audience -'I think he could be useful for some Legal events as an after dinner speaker' I overheard some staff this morning having quite a heated discussion about him and he was also mentioned in the thank you emails that went round this morning."  Incisive

"OMG he was brilliant! We were raving about him"   Incisive

Gerald was entertaining, motivating and inspirational in equal measure, a massive hit with our team and his speech is still being talked about!"   Gerald addressed the Chipsaway Franchise Conference

"Gerald was excellent, the best speaker we have had for a few years. He hit the spot perfectly because he was humorous & had a business background which is perfect for our Conference. He is exactly the kind of speaker we needed."  AEA Annual Conference Luncheon