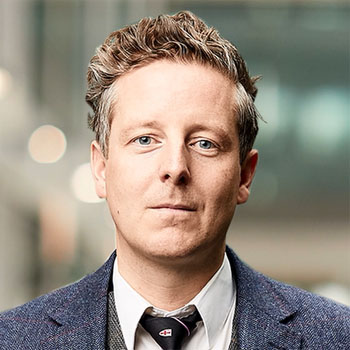 Gavin Brown is a Senior Lecturer (Associate Professor) in FinTech at The University of Liverpool.

He teaches and speaks at investment banks internationally but particularly in London and New York. He specialises in FinTech, Cryptocurrencies, Cryptoassets and Blockchain.

Gavin has provided talks, advice and media commentary on cryptocurrencies and tokenomics to The House of Lords, H.M. Treasury, H.M.R.C., The Greater Manchester Chamber of Commerce, The Bank of England, BBC radio & live television (‘The One Show’), The Telegraph Newspaper, Forbes Magazine, The Financial Times Newspaper, The Express Newspaper, private banks, wealth management offices, conferences and higher education institutions such as The University of Oxford.

He is presently researching stablecoins and in 2019 was commissioned by Emerald Publishing to write a short-form book on Blockchain & Cryptoassets for publication as part of their Future of Work Series.

He is also a founding member of the Academic Working Group of The British Business Federation Authority (BBFA) advising UK politicians and policymakers on how best to leverage distributed ledger technology (DLT or blockchain) for industry and society nationally and internationally.

Gavin holds both a Bachelors and MSc degree in Business Management as well as an MBA from the University of Oxford (Said, 2007-08) where he was a Dean’s List member. He qualified as an ACA (ICAEW) chartered accountant with PricewaterhouseCoopers (Manchester) in 2006 and went on to work at Merrill Lynch (London) before setting up a hedge fund in 2008.