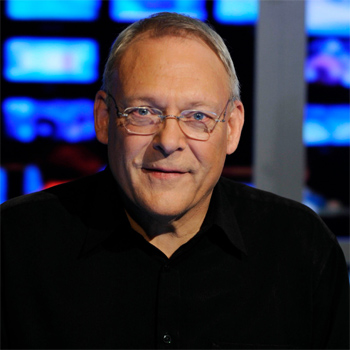 Gary Newbon has been a broadcaster for over 42 years 36 with ITV and since September 2004 a freelance presenter with Sky Sports. He was a regular host of Sky's You're On Sky Sports and hosts Sky's live coverage of Greyhound racing across the UK.

Gary has covered seven World Cup football finals, three Olympic Games, European Champions Football both national and club many world boxing championships around the world and a host of other sport. He is currently presenting Time of Their Lives for Sky Sports, with legends of sport recounting memorable sporting moments.  He has presented over 10,000 television programmes.

Gary particularly made his name with interviews in European Champions League, the Big Match and ITV's Big Fight transmissions.  His regular and memorable interviewees include the late Brian Clough, Sir Alex Ferguson and Chris Eubank.

He also made his mark in radio as a regular host on Talksport for nine years.

As an executive Gary was Controller of Sport for Central Television for 23 years, a former Deputy Head of ITV Sport and was responsible for introducing many well known faces to the screen together with top production talent.  He developed Jimmy Greaves who began his television career with Gary on ATV in 1980 and several of today's top presenters Manish Bhasin (BBC), Sarah-Jane Mee (Sky News) and Mark Bolton (Sky).  Many of the production people he started off now hold top jobs in television including Mark Sharman (Controller of ITV Sport).

He was producer of the acclaimed 1987 documentary on ITV about the Queen Mother and her interest in National Hunt racing entitled 'Royal Champion'.

Gary began his journalism career in his home city of Cambridge before joining Hayter's Sports Agency in 1967.  He was also a sports columnist for the Sunday Mirror.

A popular after dinner speaker and event host for over 20 years, he has spoken at events across the UK, ranging from small sporting clubs to larger company dinners and awards. Gary`s speech is a mix of sporting stories and broadcasting anecdotes and tailors his material to suit each client.

"Thank you to Gary for his professionalism and good humour (especially when there were a few raucous types chatting!).  It was a very enjoyable evening and he was well received."   Gary's after dinner speech for Saxty's - April 2012
Read More