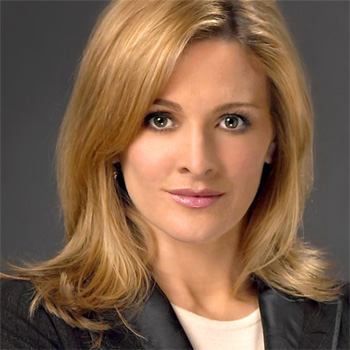 Dedicated and professional with a fantastic sense of humour, Gabby Logan is one of the UK's premier broadcasters.
She presents Final Score, Inside Sport, the Six Nations and the Autumn Rugby Internationals for BBC One and the FIFA 2011 Women's World Cup for BBC Three.
She is a key member of the BBC presentation team and presents for Match of the Day as well as the One Show. Gabby was also in South Africa in 2010 reporting on the England team for the FIFA 2010 World Cup.
A former international gymnast, Gabby began her broadcasting career in radio in 1992 and joined Sky Sports in 1996, where she quickly established herself as a football presenter.
First joining ITV in 1998 to front On The Ball, during her nine years at the channel Gabby's repertoire expanded and her presenting credits include the World Cup, Champions League and the Premiership, as well as the Boat Race and sports news reporting. In 2004 she co-hosted Sport Relief with Gary Lineker for the BBC, before joining the corporation in 2007.
Following various stints on the station, Gabby began presenting a regular weekly Sunday morning show on BBC Radio 5 Live in February 2008. From January 2010 to April 2011 she presented The Gabby Logan Show weekdays from 12pm 2pm, which covered news and sport from across the UK as well as comprehensive analysis of Prime Minister's Questions every Wednesday.
She is a columnist for The Times and has previously written for the Sunday Mirror, Independent and Yorkshire Post.
Currently a patron of the Disabilities Trust, Prince's Trust and Great Ormond Street, Gabby is also a vice president of Sparks. She lives in London with her husband and two children.
Read More