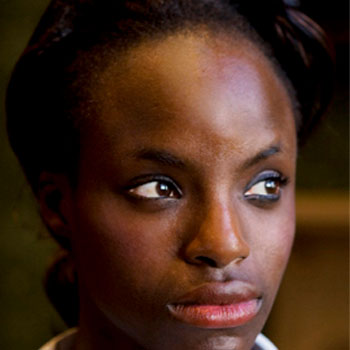 Eni Aluko is a British-Nigerian football executive, commentator, and former professional player, who is the director of women's football at Aston Villa.

Before retiring from professional football Aluko last played as a forward for Juventus. She has over 100 caps for England's senior team. She also played professionally for 3 years in the WPS league in USA, scoring 19 goals in 50 WPS appearances.

Eni played for Chelsea FC for over six years and during this period she won five trophies, including two domestic doubles. She was also part of the Chelsea team that reached the semi-finals of the UEFA Champions League in her final season at the club. In June 2018 she announced her transfer to Series A club and Italian Champions – Juventus FC Women.

Eni won a bronze medal with England at the World Cup in Canada, represented England in the UEFA Women’s Euro 2013 and also Team GB in London 2012. They won all 3 of their opening group matches without conceding a goal, beating New Zealand, Cameroon and Brazil. The game against Brazil was played in front of 75,000 at Wembley. SHe is now the director of women's football at Aston Villa.

Eni is a notable football ambassador for The Chelsea Foundation and is a patron of international sports charity Gladshouse.

She is no stranger to the media and was the first female football pundit to appear on Match of the Day 2 Extra. She also appears regularly on BBC World Have Your Say, MOTD Kickabout, Radio 5live’s Team Talk and Talksport. She ghas also contributed to ‘Bringing Books to Life’ for BBC Learning and BBC Two and has been Women’s Hour Guest Editor on BBC Radio 4.  Eni was also the first female pundit on ITV’s coverage of the Men’s Euros and has covered the Women’s Euros on Channel 4.

As a qualified solicitor as well as former football player she has worked with the leading Media and Entertainment law firms representing some of the world’s highly acclaimed athletes, musicians, actors, producers and television personalities. This has provided a fitting opportunity for Eni to develop a future legal practice that utilises her first hand experiences as a professional footballer and serves the legal needs of individuals/companies in Sport and Entertainment.

Her interests outside of football range from fashion to politics and her life motto is “Have a healthy disregard for the impossible”! An inspiring speaker!