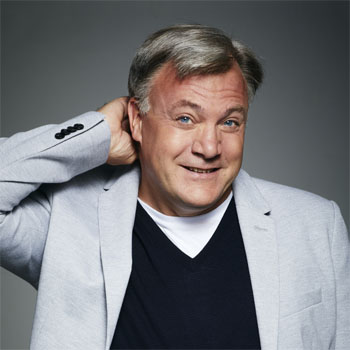 He was UK Shadow Chancellor of the Exchequer and served in the UK Cabinet as Secretary for Children, Schools and Families. He was the UK Minister for Financial Services and the Chief Economic Adviser to the UK Treasury during which time he was Chair of the IMFC Deputies and UK G20 Deputy. While Shadow Chancellor he was co-Chair with Larry Summers of the Center for American Progress Inclusive Prosperity Commission.

He was a Teaching Fellow in the Department of Economics, Harvard University and a leader, writer and columnist at the Financial Times. He has also written for the Guardian, New Statesman and Tribune and co-authored a number of books, papers, articles and pamphlets including the Sunday Times bestseller Speaking Out: Lessons in Life and Politics. He studied economics at Keble College, Oxford and the Kennedy School of Government (MPA) where he was a Kennedy Scholar.

Ed was dubbed ‘The People’s Champion’ after the extraordinary public response to his dance performances in BBC’s Strictly Come Dancing. His memorable performance of Gangnam style with partner Katya Jones was nominated for the 2017’s Virgin’s Must-See Moment BAFTA award.

Since then, he has presented Ed Balls’ Dream Dinner Party for BBC Radio 4, Have I Got News For You (BBC One) and Ed Balls on Musical Theatre (BBC Radio 2). In 2018 he journeyed to America for Travels in Trumpland with Ed Balls (BBC Two).

Ed lives in London and Castleford with his wife, Yvette Cooper MP, and their three children. Ed’s interests include learning the piano, cooking and marathon running. He has run the London Marathon three times, raising over 160,000 for WhizzKidz, a disabled Children’s charity and Action for Stammering Children. His new found hobby is dancing, having competed on the latest series of Strictly Come Dancing.

Ed is a Patron of the British Stammering Association and a member of the Holocaust Memorial Foundation Board.