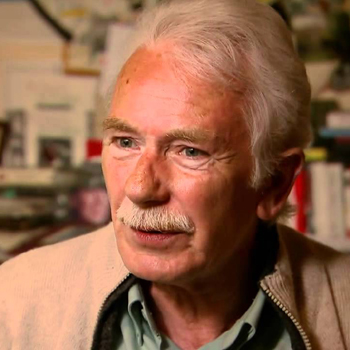 In 1997 Rogan Taylor launched the world's only MBA in football business. But Rogan's life experiences cover far more than football.  His life journey has taken many entirely unexpected directions.
Rogan left school when he was 16. He went into the army in 1962, just in time for the Cuba crisis.
After the army, he travelled extensively.  He was in Baghdad in 1963; he spent five years in India where he bought two horses and a dog and travelled across Assam, into Bhutan and then south to the Burmese border.
He returned to the UK in 1973, then worked as a gardener before going to university in his mid 30s. He has a PhD is in psychoanalysis and primitive religion.
Dr Rogan Taylor is now a partner in the football consultancy, TWS Associates Ltd, and the Director of the Football Industry Group at the University of Liverpool where he pioneered the world's first post-graduate 'football' degree.
He was a founder-member and leader of the first national fans' organisation in UK. He became Chairman of the Football Supporters' Association (FSA) after the Heysel disaster in 1985 and led the organisation through the Hillsborough tragedy.
Rogan Taylor has written five football books, including: Football and Its Fans and Kicking and Screaming. He was Consultant for the documentary series of the same name on BBC TV which charted the history of English football in the 20th century.
He has conducted research in China, Brazil and Europe, and acted as Senior Business Advisor to Shanghai ShenHua FC and 'Visiting Professor' to the Shanghai Football Academy.
Dr Taylor sat on the UK Government's Football Task Force and is a member of the Football Players' Work Permits Review Panel.
He is a prolific broadcaster and commentator and has appeared on BBC, BSkyB, ITV, CNN, ESPN, Fox Sports and CCTV.
Rogan writes occasionally for newspapers & magazines, and has been involved in numerous TV and radio programmes, including a series for BBC Radio 4.
Rogan's storytelling is legendary, and he cunningly knits together the commercial and the sporting world with subtle anecdotes that are delivered with passion, humour and a level of mischievousness that engages even the most discerning audience.   Finance Director, Barclays Bank
Read More