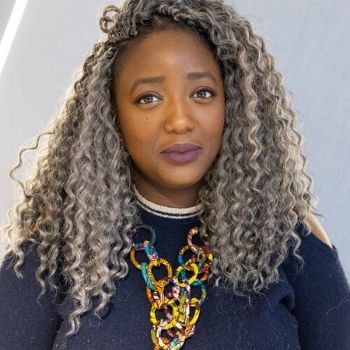 From child prodigy to MBE, Dr Anne-Marie Imafidon is Head Stemette and co-founder of STEMettes, the award-winning social enterprise inspiring the next generation of females into Science, Technology, Engineering, and Mathematics (STEM) roles via a series of prestigious events and opportunities.

One of the youngest ever to be awarded a Master’s degree in Mathematics & Computer Science by the University of Oxford, aged 20, Anne-Marie, unsurprisingly, continued to soar. In 2018 alone, she was listed among the top 50 women in tech in the world by Forbes, voted the 5th most influential woman in IT by Computer Weekly and was the recipient of the prestigious Barclays UK ‘Woman of the Year’ award.

In recognition of her influence and achievements, Anne-Marie was awarded an MBE in the 2017 New Year’s Honours for services to young women and STEM sectors. She is now Honorary Fellow at Keble College, Oxford.

Not only a champion of getting women into STEM positions, Anne-Marie has previously worked with Goldman Sachs, Hewlett-Packard and Deutsche Bank, amassing a wealth of experience. A recognised thought-leader in the tech space, sees her speaking at numerous prestigious keynote events, such as SXSW and Founders Forum and to clients across the globe including Google, Mercedes-Benz, Lufthansa and ASOS.

She regularly appears in international media and is a sought-after presenter and conference facilitator. In addition to hosting the highly popular Women Tech Charge podcast for the Evening Standard, Anne-Marie featured on the 2019 Royal Institute Christmas Lectures and has conducted live interviews with famous faces from the tech world and beyond, including Jack Dorsey, Rachel Riley and Lewis Hamilton.

Anne-Marie was voted the most influential woman in tech in the UK of 2020 by Computer Weekly and featured among the top 10 BAME leaders in tech by the Financial Times and Inclusive Boards, .

Tech is a booming industry with growing importance in any given economy, but it is also suffering from a large skill shortage at a time when a criminally low proportion of women are entering and staying in the field.  Anne-Marie will dissect the HERstory of the tech industry of the past and present and discuss what we can do to cultivate future tech leaders.

Anne Marie’s contemporary and innovative take on this topic shows a modern way to implement the principles from the 1937 perennial bestseller HOW TO WIN FRIENDS AND INFLUENCE PEOPLE written by Dale Carnegie, and also features practical lessons on the benefits of “working out loud”.

Robots are going to take our jobs eventually – in fact it’s already started. This is a comical, yet real, look at what the future looks likes and ways to future-proof yourself and your business.

Anne-Marie uses her wealth of experience from the many lessons learned from running social enterprises, and taking something from a mere concept to becoming an influencer, to show how a company or individual can “get the show on the road” with very limited resources.

Dr Anne- Marie took part in our Virtual Diversity Panel on 6th August - check it out below!

Anne-Marie in the Diversity Panel webinar