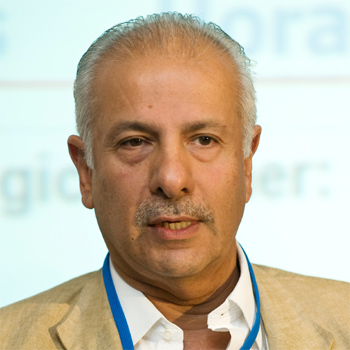 Dinesh Dhamija is the founder, former Chairman and CEO of Ebookers.com, one of Europe’s most successful internet travel agencies. He is also the founder of the Copper Beech Group, a company which manages investments in sustainable education, ecotourism and real estate.

Born in Australia in 1950 and the son of an Indian Diplomat, Dinesh completed an MA in law at Fitzwilliam College, Cambridge University in 1974 after which he worked for various companies including IBM. In 1980, Dinesh and his wife Tani started selling travel tickets from a kiosk at Earls Court tube station. This was so successful that in 1983 he founded Flightbookers Ltd and also became the General Sales Agent for four airlines in the UK and Europe.

Flightbookers internet division was so successful that in 1999 the internet arm was separated to form Ebookers.com and the new company was taken public with a floatation on the Nasdaq in New York and Germany’s Neuer Markt. Dinesh went on to make 11 corporate acquisitions in Europe in seven months.

Based in 12 countries, Ebookers became one of the largest travel agencies in Europe. Sales went from $23 million in 1999 to $1 billion in 2004. Dinesh also had a 1000-person business process at this point, the outsourcing (BPO) operation in India was engaged in 12 disciplines including ticketing and sales. Dinesh sold Ebookers in 2005 for $471m from an initial investment of $5million in 1999.

In 2006 Dinesh graduated from the President’s Programme in Leadership at Harvard Business School. He is also an alumni of IMD in Lausanne.

Currently, Dinesh directs sustainable investment projects in India and Romania. Dinesh is a member of the Winston Churchill Memorial Trust (WCMT). He is a patron and advisory board member of the entrepreneurs’ organization, TiE UK, the Governor of the Rainbow Foundation in the UK, an active member of the World Presidents Organisation (WPO) and the Chief Executive Organisation (CEO).

Dinesh has won a number of awards over the years including Entrepreneur of the Year from Management Today Magazine in 2003 and the GG2 Awards’ Asian Man of The Year in 2004.

A former President of the Fitzwilliam Society, Fitzwilliam College, Cambridge, Dinesh is a member of the fundraising committee at Fitzwilliam College and also helped to found two Indian charities – Shiksha, which educates 1000 kids in 3 schools, and Chikitsa which gives 120,000 people free medicine every year through 15 clinics.